Since the FCC has proposed, in November 2002, to open the use of many bands that has already been assigned but not suﬃciently utilized, CR-based wireless network architec- tures have been proposed in order to allow SUs to access licensed channels. Indeed, the FCC report reveals that the electromagnetic spectrum has gaps, i.e. frequency bands that are assigned to licensed users, at a particular time and speciﬁc geographic location, are not being utilized. Note that locating unused frequencies, accounting for the energy spent in sensing, represents a big challenge for SUs. Moreover, the proposed CR archi- tectures do not guarantee some QoS levels for SUs, which are mainly impacted by the PUs’ activity and the interaction between SUs. The operation model, described in [20], introduces a new set of theoretical problems involving game theory, queueing theory, and decision theory. Speciﬁcally, we focus, inthis chapter, on SUs having the faculty to sense licensed bands and access them if idle, or to access a dedicated channel. We are interested in designing an optimal OSA policy for unlicensed users. In the ﬁrst part of this chapter, we consider slotted communications for PUs and SUs. Indeed, we consider that the system is perfectly synchronized, and we assume that PUs and SUs have the same slot duration. Moreover, we ignore the sensing errors, i.e. the false alarm and missing probability of sensing are zero. Thus, if the SU senses a licensed channel as idle, it is still idle during the whole time slot. Most of previous works in the OSA area for CR networks have already taken these assumptions (see [50], [51], [52], and [53]). In the second part of this chapter, we consider a more realistic scenario, where PUs operate in a non-slotted mode. Due to the agreement between the service provider and PUs, the number of licensed channels should be higher than the number of PUs transmitting simultaneously. We further assume that PUs are able to determine whether there is a free licensed channel or not. As PUs have the highest priority to access their own licensed channels, if all the licensed channels are occupied, a new PU preempts a SU that is using a licensed channel. The rejected SU aborts the transmission and tries to transmit the whole packet at the next time slot. As the access to licensed channels is opportunistic, successful SUs’ transmissions are highly dependent of the presence of PUs. Note that the dedicated channel represents a guarantee of a QoS level for SUs.

Lots of recent works dealt with CR technologies and their performances. The survey paper [2] presented some interesting problems for evaluating the performance of CR systems. In [54], authors considered an energy eﬃcient spectrum access policy. Each SU senses the spectrum and selects subcarriers taking into account data rate requirements and maximum power limit. This work is close to ours as authors studied the problem by considering a non-cooperative behavior of SUs. Moreover, they considered energy eﬃcient allocation scheme. Note that authors considered that each SU that has traﬃc to transmit systematically senses the spectrum and locates the available subcarrier set. In fact, authors decoupled the sensing and the access decisions, and the OSA problem is resumed to a decision about which channel to access from the set of available subcarriers. However, in our model, we consider that SUs may decide to access the dedicated channel without sensing the licensed spectrum. Authors of [55] proposed an OSA algorithm for SUs composed of two parts: ﬁrst, a SU decides whether the licensed channel is idle or not. Second, it determines whether this channel is a good opportunity or not. However, authors did not consider the impact of multiple SUs. In fact, they have focused on the model of one SU accessing oppor- tunistically a channel licensed for a PU. In [56], [57] and [58], authors considered the non-cooperative behavior of CR users accessing multiple licensed channels.Unlike most of previous works in the DSA area, we study decision-making methods and the corresponding equilibrium analysis using the queueing theory. Jagannathan et al. considered in [59] a model similar to ours, where SUs choose either to acquire dedicated spectrum or to use spectrum holes. They considered a pricing model and studied the interaction between SUs as a non-cooperative game. There are several diﬀerences be- tween their work and ours. Firstly, they considered that SUs sense systematically the licensed spectrum and make the decision about transmitting over licensed channels or through the dedicated spectrum after the sensing outcome. However we consider that SUs choose the transmission medium before sensing in order to economize the energy spent for sensing when accessing dedicated bands. Secondly, they considered that there is a centralized component that schedule SUs trying to access licensed channels, whereas we consider that SUs are in competition, and collisions occur when several SUs access the same licensed channels. Moreover, authors did not consider the energy spent for sensing licensed channels. 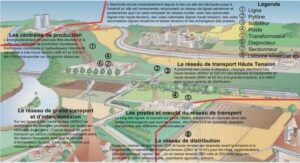 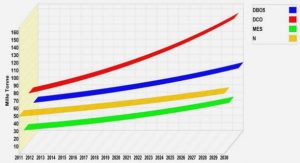 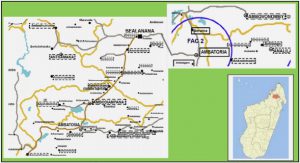 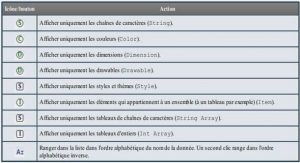 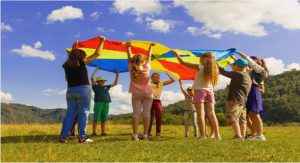