Reading in and Transforming Variables for Analysis in SPSS

Before any data can be analyzed by SPSS with the technique termed analysis of variance (ANOVA), the data to be analyzed must be introduced to, or entered into, SPSS. Subsequent chapters explain how to perform the several variants of ANOVA presuming that the data are already entered. This chapter’s focus is to provide information on how to get the variables into SPSS beforehand.
Methods for reading in or directly entering the data are described, as well as those for performing simple data transformations (e.g., computing an average).

READING IN DATA WITH SYNTAX

Before examining the syntax in Fig. 2.1, the reader is strongly advised to reread the syntax conventions discussed in the previous chapter. For example, the line numbers are not to be typed in.
The first statement in Fig. 2.1, “TITLE”, is an optional command (i.e., it is perfectly acceptable to leave it off; note the o beside the line number) that allows the user to specify a title in the printout. You decide what the title should be. In this example, ‘a one-factor anova design’ was used. The title does not in any way affect the analysis. It will simply appear at the top of each page of the printout.
The space between the command “TITLE” and the actual title is required. If you wish to use a long descriptive title, you may continue the title on the next line. To do this, simply indent the second line one space. However, SPSS will only repeat the first 60 letters of the title at the top of every page. Additional
descriptive information can be added to the top of every page with the “SUBTITLE” command.
The “SUBTITLE” command is placed on the line following the “TITLE” command, with the actual subtitle separated from the “SUBTITLE” command by a space as follows: SUBTITLE example from chapter 2 of Page et al.
By default on many platforms, SPSS prints the results or output of your requested analyses on lines that are 132 characters wide. The optional command on line 2 reduces the size of the output to 80 columns, which will make it easier for you to see the entire output on your computer screen and,
moreover, the output will fit on an 8.5- × 11-in. piece of paper. In SPSS for Windows, this control over output size is given on Edit–Options–Viewer (or Draft Viewer); then click the desired alternative on Text Output.
Entering Data with the “DATA LIST” Command
One of the most crucial steps in programming is telling the statistical package how to “read” your data file. There are several ways to do this, including, in Windows, typing values directly into the Data Editor Window, which is described later. The most general method, available to both nonWindows and Windows users, is through the use of syntax, specifically the “DATA LIST” command on line 3 in Fig. 2.1, which tells SPSS (a) where the data are and (b) what value to give each variable (or measure, or score) for each participant. If you have a very small data set, you may want to type the data within the SPSS program, as was done in the example of Fig. 2.1. If your data set is large, however, you may prefer to type the data in another file called an external file (a separate file of just data), which you will read into the program with the “DATA LIST” command, to be described later in this chapter.
The first example, however, assumes that the data are within the SPSS program, as in the example in Fig. 2.1. As seen in line 3, the command “DATA LIST” is followed by a keyword describing the  ype of format of the data, “FIXED” or “FREE” (more on this later). This line is followed by a subcommand (here in line 4; recall, however, that subcommands need not be on different lines) that
provides the names you wish to give the variables and, for “FIXED” format, their column locations.
Thus, this subcommand will tell SPSS which variables are in which columns for “FIXED” or in which order for “FREE”. In this example of “FIXED”, as will be explained in more detail later, line 4 specifies that the variable to be called ‘facta’ is in column 1 and the variable to be called ‘dv’ is in columns 3 and 4. Because, in this example, the data are included in the program, the “BEGIN..

READING IN AND TRANSFORMING VARIABLES

FIG. 2.1. Syntax commands to read in data.
DATA” command on line 5 is used, followed by all of the data in lines 6 through 20 (in the columns or order specified on the “DATA LIST” command), followed by the “END DATA” command in line 21. 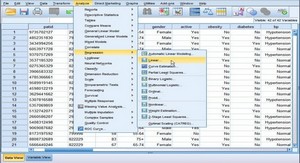 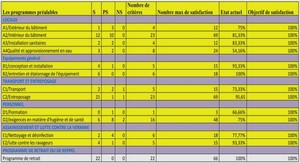 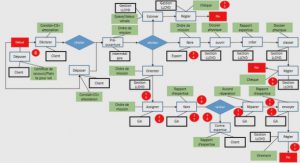 Top Ten Things You Need to Know About: SPSS