Degradation of groundwater quality in expanding cities in West Africa

With cities in developing countries expanding at unprecedented rates, ensuring clean water supplies for all inhabitants is becoming increasingly more challenging. This is particularly the case in more impoverished urban areas, where infrastructure development often lags behind population growth (Lapworth et al., 2017). In addition, there often exist two types of water supplies: firstly, there is the official water supply that is monitored, treated and comes at a cost for consumers; and then there is the second unregulated water supply that is often sourced from wells accessing shallow groundwater that is unmonitored, untreated but free. The health risks in using the unregulated groundwater resource for domestic purposes, including drinking water supplies, is high due to water quality issues in many urban areas (e.g. Ouedraogo et al., 2016; Hassane, 2010). The same factors driving the demand for water supplies, accelerated urban growth and the expansion of informal settlements, are also significant drivers of groundwater pollution (UNESCO, 2017). One of the many threats to shallow groundwater quality in cities is from sanitary wastewater and solid waste disposal (Lu et al., 2015). Uncontrolled seepage of wastewater from septic tanks and human activities as well as infiltration of urban stormwater lead to groundwater contamination (Dhanasekarapandian et al., 2016). Many parts of the world are now reporting groundwater and surface water nitrate pollution issues (Roy et al., 2007; Stuart et al., 2007; Zhang et al., 2014; Ogrinc et al., 2019). For example, in the Coimbatore city, India, population growth, pit latrines and septic tanks, industrial effluents, and irrigation water return flows are the main sources of groundwater contamination (Selvakumar et al., 2017). In Florida, the proximity of wells to septic tanks contributes to increasing fecal coliform, nitrate and phosphate concentrations during wet season compared with the dry season (Arnade, 1999). Many studies have identified sewerage and latrine contamination as a significant public health issue due to the resultant presence of faecal bacteria in waters such as Escherichia coli, faecal Streptococci, Salmonella and Shigella (Boukari, 1998; Odoulami and Gbesso, 2013; Yadouléton, 2015). During this study, for the first time, the seasonal variation in the contamination of waters by sewerage and latrine contaminantion is investigated using environmental tracers. In addition, shallow groundwater resources in coastal cities are particularly vulnerable to salinity problems due to mixing with saline surface waters and seawater intrusion (Barker et al., 1998; Cary et al., 2015; Petelet-Giraud et al., 2016; Najib et al., 2017; Liu et al., 2017). For example, in Ho Chi Minh city, Vietnam, the groundwater resources are under threat due to saltwater intrusion in the shallow aquifer (Ngo et al., 2015).

Cotonou is located in the coastal sedimentary basin comprised of Quaternary (Holocene) sediments, which include facies of the littoral plain (sands) and alluvial deposits, underlain by sediments from the Mio-Pliocene (Continental Tenninal), Paleocene and Upper Cretaceous (Maliki, 1993). Previous studies by Oyédé (1991), Maliki (1993), Alidou et al. (1994) and Boukari (1998) have described in detail the different sedimentary units of this coastal sedimentary basin and the distribution are presented in Fig. 1. The shallow Quaternary sediments consist predominantly of fine to medium sands (85.5%), silts (5.5%) and clays (9%) (Oyédé, 1991). The low clay content in these sediments results in the high permeability of the shallow sandy soils (Maliki, 1993), and therefore a high vulnerability of the aquifers to the transfer of surficial pollutants. The clays in Quaternary sediments are constituted by smectite and a kaolinite content, which increases with depth. The traditional domestic wells were sampled in this study so that we could analyse the water consumed and used by local residents. However, due to the intense pumping of these wells, the fluctuations in hydraulic head are heavily influenced by pumping, therefore we were unable to use the hydraulic head data to infer subsurface flow directions. There has however been previous work that has addressed this question, the work of Maliki (1993) and Boukari (1998) focused on the piezometry of the Cotonou water table during the flood and low water periods, and the interactions with the Lake. It appears from these studies that during the flood period, there is a flow direction of groundwater from the center of Cotonou (piezometric dome) to outlets such as Lake Nokoué, the lagoon, the Atlantic Ocean and swamps. In comparison, during the low-water period it was observed that water from the Lake Nokoué flows into the groundwater aquifer.

The city of Cotonou has about 166,433 households and the population evaluated at 679 012 inhabitants in 2013 (INSAE, 2015) and is subject to increasing urbanization. The poorer dwellings are located in the neighborhoods along the coastline, along the edges of the Cotonou Channel and Lake Nokoué, and in the swamp areas. In these neighbourhoods, solid and liquid wastes are released into the immediate environment without treatment as illustrated in the Fig. 1(c). In addition, they are also scattered in various places of the city where garbage heaps have formed. 78.5% of household wastewater and 33% of solid wastes are ejected in gardens, streets, gutters, unused wells and empty blocks (INSAE, 2016). These poorer neighborhoods are also without adequate sanitation systems. In Cotonou 64.9% of households use latrines that are reportedly leak-proof, whereas 13.5% adopt unsafe and non-hygienic practices such as stilt latrines and open defecation. Only 20.8% of the population use septic tanks, which are generally evacuated by drainage structures (INSAE, 2016). Since there are few market gardens in this heavily urbanised city, the potential sources of nitrate in the study area are predominantly from wastewater, solid waste and septic tanks. Therefore, the risk of pollutant transfers to the shallow aquifers is high in the poorer neighbourhoods because they are exposed to both (i) frequent episodes of inundation and (ii) high levels of pollutants from poorly constructed landfills and latrines. 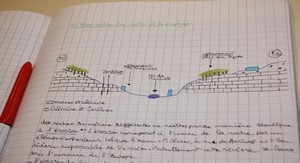 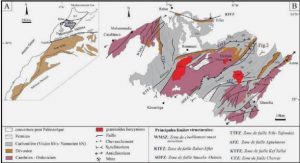 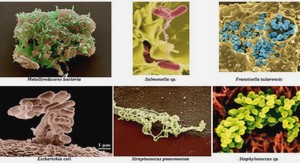 Comparison of plant communities on two massifs in Madagascar 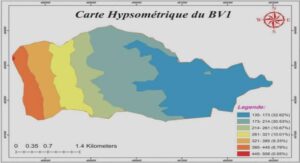