In this chapter we study the perturbed half-plane impedance Laplace problem using integral equation techniques and the boundary element method. We consider the problem of the Laplace equation in two dimensions on a compactly perturbed half-plane with an impedance boundary condition. The perturbed half-plane impedance Laplace problem is a surface wave scattering problem around the bounded perturbation, which is contained in the upper half-plane. In water-wave scattering the impedance boundary-value problem appears as a consequence of the linearized free-surface condition, which allows the propagation of surface waves (vid. Section A.10). This problem can be regarded as a limit case when the frequency of the volume waves, i.e., the wave number in the Helmholtz equation, tends towards zero (vid. Chapter III). The threedimensional case is considered in Chapter IV, whereas the full-plane impedance Laplace problem with a bounded impenetrable obstacle is treated thoroughly in Appendix B. The case of an oblique-derivative boundary condition is discussed in Chapter VII. The main application of the problem corresponds to linear water-wave propagation in a liquid of indefinite depth, which was first studied in the classical works of Cauchy (1827) and Poisson (1818). A study of wave motion caused by a submerged obstacle was carried out by Lamb (1916). The major impulse in the field came after the milestone papers on the motion of floating bodies by John (1949, 1950), who considered a Green’s function and integral equations to solve the problem. Other expressions for the Green’s function in two dimensions were derived by Thorne (1953), Kim (1965), and Macaskill (1979), and likewise by Greenberg (1971) and Dautray & Lions (1987). A more general problem that takes surface tension into account was considered by Harter, Abrahams & Simon (2007), Harter, Simon & Abrahams (2008), and Motygin & McIver (2009). The main references for the problem are the classical article of Wehausen & Laitone (1960) and the books of Mei (1983), Linton & McIver (2001), Kuznetsov, Maz’ya & Vainberg (2002), and Mei, Stiassnie & Yue (2005). Reviews of the numerical methods that have been used to solve water-wave problems can be found in Mei (1978) and Yeung (1982). The Laplace equation does not allow the propagation of volume waves inside the considered domain, but the addition of an impedance boundary condition permits the propagation of surface waves along the boundary of the perturbed half-plane. The main difficulty in the numerical treatment and resolution of our problem is the fact that the exterior domain is unbounded. We solve it therefore with integral equation techniques and a boundary element method, which require the knowledge of the associated Green’s function. This Green’s function is computed using a Fourier transform and taking into account the limiting absorption principle, following Duran, Muga & N ´ ed´ elec (2005 ´ a, 2006) and Duran, ´ Hein & Ned´ elec (2007 ´ a,b), but here an explicit expression is found for it in terms of a finite combination of elementary and special functions.This chapter is structured in 12 sections, including this introduction. The direct scattering problem of the Laplace equation in a two-dimensional compactly perturbed half-plane with an impedance boundary condition is presented in Section 2.2. The computation of the Green’s function and its far field expression are developed respectively in Sections 2.3 and 2.4. The use of integral equation techniques to solve the direct scattering problem is discussed in Section 2.5. These techniques allow also to represent the far field of the solution, as shown in Section 2.6. The appropriate function spaces and some existence and uniqueness results for the solution of the problem are presented in Section 2.7. The dissipative problem is studied in Section 2.8. By means of the variational formulation developed in Section 2.9, the obtained integral equation is discretized using the boundary element method, which is described in Section 2.10. The boundary element calculations required to build the matrix of the linear system resulting from the numerical discretization are explained in Section 2.11. Finally, in Section 2.12 a benchmark problem based on an exterior half-circle problem is solved numerically.

We consider the direct scattering problem of linear time-harmonic surface waves on a perturbed half-plane Ωe ⊂ R 2 +, where R 2 + = {(x1, x2) ∈ R 2 : x2 > 0}, where the incident field uI is known, and where the time convention e −iωt is taken. The goal is to find the scattered field u as a solution to the Laplace equation in the exterior open and connected domain Ωe, satisfying an outgoing surface-wave radiation condition, and such that the total field uT , which is decomposed as uT = uI + u, satisfies a homogeneous impedance boundary condition on the regular boundary Γ = Γp ∪ Γ∞ (e.g., of class C 2 ). The exterior domain Ωe is composed by the half-plane R 2 + with a compact perturbation near the origin that is contained in R 2 +, as shown in Figure 2.1. The perturbed boundary is denoted by Γp, while Γ∞ denotes the remaining unperturbed boundary of R 2 +, which extends towards infinity on both sides. The unit normal n is taken outwardly oriented of Ωe and the complementary domain is denoted by Ωc = R 2 \ Ωe.

To determine the incident field uI , we study the solutions of the unperturbed and homogeneous wave propagation problem with neither a scattered field nor an associated radiation condition. The solutions are searched in particular to be physically admissible, i.e., solutions which do not explode exponentially in the propagation domain, depicted in Figure 2.3. We analyze thus the half-plane impedance Laplace problem

The Green’s function represents the response of the unperturbed system to a Dirac mass. It corresponds to a function G, which depends on the impedance Z∞, on a fixed source point x ∈ R 2 +, and on an observation point y ∈ R 2 +. The Green’s function is computed in the sense of distributions for the variable y in the half-plane R 2 + by placing at the right-hand side of the Laplace equation a Dirac mass δx, centered at the point x. It is therefore a solution for the radiation problem of a point sour

When the Green’s function problem (2.16) is solved using either homogeneous Dirichlet or Neumann boundary conditions, then its solution is found straightforwardly using the method of images (cf., e.g., Morse & Feshbach 1953). a) Homogeneous Dirichlet boundary condition We consider in the problem (2.16) the particular case of a homogeneous Dirichlet boundary condition, namely G(x, y) = 0, y ∈ {y2 = 0}, (2.18) which corresponds to the limit case when the impedance is infinite (Z∞ = ∞). In this case, the Green’s function G can be explicitly calculated using the method of images, since it has to be antisymmetric with respect to the axis {y2 = 0}. An additional image source point x¯ = (x1, −x2), located on the lower half-plane and associated with a negative Dirac mass, is placed for this purpose just opposite to the upper half-plane’s source point x = (x1, x2). The desired solution is then obtained by evaluating the full-plane Green’s function (B.23) for each Dirac mass, 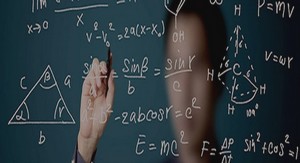 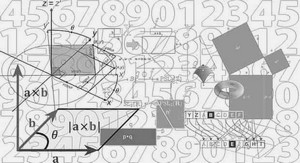 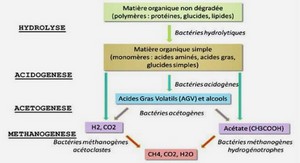