Synopsis of the results analysis

The performance of the formulated EMS based on DP is explored under two driving cycles, namely worldwide harmonized light-duty vehicles test cycles (WLTC_c1ass 2) and West Virginia Interstate Driving Schedule (CYC_ WVUINTER). It is worth mentioning that the cooling fan dut y factor for the case ofunidimensional strategy is kept constant (34%) and only if the temperature reaches 60 oC, the dut y cycle switches to 100% to avoid reaching the limiting stack temperature, which is 65 oc. This policy for controlling the cooling fan dut y 24 cycle has been adopted based on the observation of the 500-W Horizon PEMFC operation with its commercial controller. Figure 2.2 compares the consumed hydrogen, which is the most important factor in this work, for ail the previously-discussed cases of scenario 1 and scenario 2. According to this figure, the hydrogen economy decreases as the PEMFC gets aged. By comparing the unidimensional DP of new and aged FC cases, it can be seen that hydrogen consumption increases by 14.7% in WLTC_c1ass 2 and 11.7% in CYC_ WVUINTER. Moreover, it is observed if the PEMFC gets aged and the DP policy remains the same (10 – FI case study), the hydrogen consumption increases by 24.8% compared to 10 – New Fe case and 8.7% compared to 10 – Aged Fe in WLTC_class 2. ln CYC_ WVUINTER, 10 – FI case study escalates the hydrogen consumption by 20.2% and 7.6% compared to 10 – New Fe and 10 – Aged Fe respectively. The obtained results from 10 – FI case study shows that the energy management policy should be adapted to the real state ofhealth of the PEMFC stack, otherwise it leads to poor performance of the strategy. Regarding the influence of thermal management incorporation into the EMS formulation, it is seen that the hydrogen consumption declines by 2.91 % and 4.1 % in WL TC class 2 and CYC WVUINTER respectively.

The buildup of carbon dioxide (C02) and other greenhouse gases is causing a rise in the average temperature of the climate system, known as global warming [1]. Transportation sector is counted as one of the major contributors to the anthropogenic emission of these gases [2]. Electrification of vehicles through the introduction of hybrid electric and pure electric vehicle technologies has been considered as a potential solution for decarbonization of the conventional vehicles [3]. However, the limitations ofthese technologies, such as fossil fuel dependency in the former and limited driving autonomy as weil as slow recharging rate in the latter, have paved the way for the emergence of other sources such as proton exchange membrane (PEM) fuel cells (FCs) in electrified vehicles [4]. Fuel cell hybrid electric vehicles (FCHEVs), which are still at an initial phase of marketing progress, typically utilize a PEMFC stack as the primary source of power and a battery pack and/or a supercapacitor (SC) as the secondary one [5, 6]. Therefore, the performance of a FCHEV is affected by many interconnected factors due to different nature of powertrain components.

An appropriate energy management between power sources can enhance fuel economy and lifetime of the system. The available energy management strategies (EMSs) for FCHEVs can be classified into three types ofrule-based, optimization-based, and intelligent-based [7-9]. Rule-based EMSs are typically designed based on heuristic techniques which are not guaranteed to be optimal or perfect, but instead adequate for attaining an immediate purpose [10]. Optimization-based EMSs theoretically offer near-optimal solutions and are also capable of drawing up new guidelines for revising the set ofrules and inferential knowledge of the rule-based methods [II]. Optimization-based EMSs fall into two groups of global, optimizing the cost function over a fixed driving cycle, and real-time strategies, defining an instantaneous cost function based on the variables of the system. The former is not suitable for real-time purposes owing to the necessity to know the driving cycle in advance, but nevertheless is highly helpful for defining the optimal policy.

Depending on the purpose of the project, dynamic programming (DP) (as an optimal theory-based strategy) [12, 13] and metaheuristic algorithms, such as genetic algorithm (GA) [14], (as near optimal strategies) have been abundantly used for the development of off-line global EMSs. Real-time strategies have been also formulated by using optimal theory-based methods, such as quadratic programming (QP) [15-18], Pontryagin’s minimum principle (PMP) [19,20], and equivalent consumption minimization strategy (ECMS) [21,22] with respect to the formulation of the cost function . Intelligent-based strategies normally use the car navigation data and the history of motion for recognizing and predicting the driving condition [23, 24]. They can be incorporated into the both ofruledbased and optimization-based strategies to compensate for sensitivities and problems related to the driving condition prediction. Several EMSs based on the discussed categories and their combinations are available in the literature for hybrid vehicles. A brief summary of very recent developed strategies is given in the following paragraph to clearly highlight the contribution ofthis manuscript.

A multi-mode fuzzy EMS is proposed in [25] to minimize the hydrogen consumption in a FCHEV where a neural network-based driving condition recognition tool is utilized to select the most suitable mode of the controller. This strategy has reduced hydrogen consumption by 8.89%, compared to a normal fuzzy EMS. In [26], a new configuration composed ofthree PEMFC stacks and a battery pack is put forward. In this work, a hysteresis EMS is designed to increase the durability of the PEMFC system by utilizing each PEMFC only at a fixed operating point. In [27], a state machine based EMS is suggested for a FC-SC-battery vehicular system to extend the lifetime of the power sources by using them in their desired operational range. Moreover, the output net power of the PEMFC is maximized by regulating the oxygen excess ratio through a PID controller. In [28], a quadratic energy consumption curve of the PEMFC stack is employed in a multi-state ECMS to formulate the power management in a tram. The strategy has led to 2.5% energy consumption reduction compared to a rule-based power following strategy. In [29], an EMS is developed by using adaptive control theory and fuzzy logic control (FLC).

The authors recommend updating the values for defining the FLC rules owing to the PEMFC voltage declines due to degradation after a while and under this condition the rule-based values should be reconsidered. In [30], a self-organizing map is developed as the driving condition recognizer tool to select the most suitable mode ofa multi-mode FLC and an online PEMFC model is used to estimate the maximum power and efficiency points of the stack which change over time. The output of the FLC is constantly adapted to the real PEMFC state of health (SOH) and the results show an eightpercent improvement in fuel economy compared to a similar strategy without an online mode\. In [31] , a novel degradation model of PEMFC stack is proposed to be combined in the EMS design of a FCHEV. This model is based on wavelet analysis, extreme learning machine, and genetic algorithm and considers the influence ofPEMFC load cUITent, relative humidity, temperature, and hydrogen pressure. In [32] , an EMS is formulated based on model predictive control and a cost function is proposed inclusive ofhydrogen, PEMFC degradation, and battery degradation costs. In [33, 34], two degradation models are proposed for PEMFC and battery and incorporated in the sizing problem of a FCHEV. In [35] , an online adaptive ECMS is proposed for a FCHEV powered by PEMFC, battery, and Sc. The SOH of PEMFC and battery are traced online by an adaptive filter and the results show that without SOH estimation, the charge sustenance objective of battery cannot be achieved when the power sources go under degradation. A review of health-conscious EMSs for FCHEVs is presented in [36] and it has been concluded that accu rate degradation estimation should be integrated into the existing EMSs to enhance the durability of the system.

The performance of the formulated EMS based on DP is explored under two driving cycles, namely worldwide harmonized light-duty vehicles test cycles (WL TC class 2) and West Virginia Interstate Driving Schedule (CYC_ WVUINTER). Herein, two scenarios are considered to highlight the objectives of the paper. The first scenario is composed of three cases, namely unidimensional DP (one control variable) for new PEMFC (lD – New Fe), unidimensional DP for aged PEMFC (lD – Aged Fe), and unidimensional DP with the false input (lD – FI). In lD – FI case, the obtained optimal control policy of lD – New Fe case is employed while the used PEMFC is the aged one. This case study shows the effect of PEMFC degradation on the performance of the optimal EMS. The second scenario investigates the performance ofbidimensional strategy (two control variables) for new PEMFC (2D – New Fe). The results of this case study are comparable with lD – New Fe case and illustrate the influence oftemperature dimension inclusion over the performance of the vehicle. The bidimensional DP formulation for the aged PEMFC and false input cases has not been repeated to avoid the discussion of simi lar analyses in the paper.

It is worth mentioning that the cooling fan dut y factor is kept constant (34%) for the case of unidimensional strategy and only if the temperature reaches 60 oC, the duty cycle switches to 100% to avoid reaching the limiting stack temperature, which is 65 oc. This policy for controlling the cooling fan dut y cycle has been adopted based on the observation of the 500-W Horizon PEMFC operation with its controller. Fig. 6 shows the employed driving cycles and their cOITesponding requested power curves. According to this figure, WL TC class 2 contains three driving regimes of low, medium, and high speed. However, CYC_ WVUINTER is mainly composed of high driving speed. Fig. 7 illustrates the obtained results from running unidirectional DP for WLTC class 2 driving cycle in different cases of scenario 1. Fig. 7a presents the scaled-up drawn power signais trom the PEMFC for each case study. According to this figure, DP has adopted a specific policy for each of ID – New FC and ID – Aged FC case studies, which implies that the optimal policies of power sharing cannot be the same for an aged and a new PEMFC. Fig. 7b, Fig. 7c, and Fig. 7d present the battery SOC level, the real-scale drawn CUITent trom PEMFC, and stack tempe rature evolution respectively. Comparison of ID – New FC and ID – Aged FC case studies show that trom 0 to almost 600 s, the SOC descends to around 50% for both strategies. However, From 600 s to almost 1000 s, the strategies show completely different behavior.

On the one hand, the unidimensional strategy for the new PEMFC increases the drawn CUITent to a high of22 A and then it drops to almost 17 A for almost 300 sand then gradually decreases to O. This variation causes fluctuation in the stack temperature (from 27 oC to almost 40 OC) and battery SOC (from a high of 50% to a low of 80%). The one for the aged PEMFC case, on the other hand, sustains the battery SOC level around 55% by gradually increasing the CUITent and temperature within this interval. From 1000 s to the end, the ID – Aged FC increases the CUITent to almost 20 A which causes a surge in the stack temperature while the ID – New FC tries to use less CUITent by discharging the battery and cooling down the stack. Regarding the ID – FI case study, it demands the sa me power signal trom the PEMFC as ID – New FC since it uses the same DP policy. However, the PEMFCs’ health states are different. Fig. 7b also shows that ID – FI and ID – New FC have the same battery SOC variations since they extract the same power from the aged and new PEMFCs respectively. Nonetheless, Fig. 7c illustrates that in ID – FI case study, the aged PEMFC needs to operate in higher CUITent levels, especially between 700 s to 1000 s, to supply the same power as new PEMFC. The stack temperature is also higher in this period for ID – FI case. 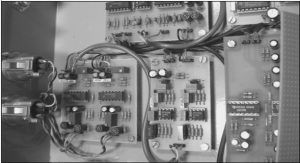 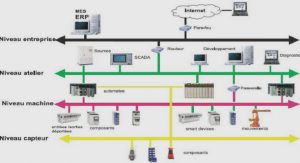 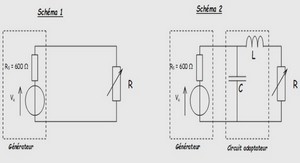