Electric energy is essential for the economic development in all countries of the world. It relative importance increases with technical progress, industrialization and the need for comfort in modern societies. The estimated share of renewable energy in global power generation (including hydropower) reached 24.5% in 2016 [1]. Indeed, in a world context marked by global climate warming, considerable and continuing increase in world energy demand, volatility of fossil fuel prices, energy dependency of certain non-oil producing countries, etc., renewable energies are growing steadily.

In recent years, there has been a renewed interest in vertical axis wind turbines (VAWTs). Indeed, VAWTs have several advantages compared to horizontal axis wind turbines (HAWTs). Among other advantages, VAWTs are insensitive to the wind speed and, consequently, do not require any orientation system with respect to wind direction [4], [5]. They are also less noisy than HAWTs, which make them more suitable for installation in urban environments. For these wind turbines, the gearbox and the generator can be placed at ground level, which makes maintenance easier and, as a result, reduces operating costs [6]. Also, VAWTs have greater resistance to strong winds. Finally, the wind speed slow down for VAWTs is lesser compare to that of HAWTs, therefore, VAWTs can be installed close to each other in a wind farm [7] . However, VAWTs have a major flaw that explains why they are not used on a large scale: their yield is much lower than that of HAWTs [8] .

The reputation of wind industry amongst populations and communities in Quebec province is not of it best. Here are some of the reasons often mentioned:
– Wind energy is often more expensive than hydroelectricity produced by HydroQuébec;
– Wind farms are important sources of noise pollution;
– The aesthetic aspect; indeed, the integration of wind turbines into the landscape and the appreciation of their appearance are major criteria in the acceptance of this mode of energy production;
– WTs contribute to the decimation of birds and bats populations.

Yet Quebec’s wind energy potential is enormous and estimated between 8000 and 12000MW [9]. Moreover, the economic impact of wind energy production on communities is not negligible. In fact, in addition to the royalties paid, the wind sector provides many good jobs and therefore significantly contribute to stimulate local economy.

So as to make the most of this huge potential, the Québec government intends to encourage the production of electric power by private companies as well as cogeneration with the Hydro Québec network. In addition, it’s about for Quebec, on one hand to continue to offer electricity at the lowest price in North America and, on the other hand, to have supplementary energy sources in order to overcome significant increase in energy demand observed during peak consumption (during episodes of extreme cold for example). Achieving these objectives and at the same time responding to community concerns require the implementation of reliable and low-cost technologies as well as the development of local expertise in the design, construction and maintenance of wind turbines.

Québec’s new energy strategy forecasts a significant increase of the installed wind power by 2030 [9]. Wind turbines could be used for power compensation in long electric transmission lines. In addition, hybrid energy systems including wind turbines could be used to power villages, industrial projects or mines in the Far North of the province. It is in this perspective that the Cap d’Ours wind turbine was developed.

In 2005, ‘Cap d’Ours’ wind turbine stopped operating and since then, it has never been restarted. It should be noted that the ‘Cap d’Ours’ wind turbine has been for many years at the mercy of bad weather and vandals. During this period, many equipment’s of the structure were vandalized (destroyed and/or taken away) by looters. The wind turbine has lost several parts among its important equipment’s. In addition, lack of maintenance and climatic hazards have contributed to weakening some aspects of its metal structure.

Designed to withstand wind speeds greater than 220 km/h, the Cap d’Ours wind turbine turns out to be an ideal prototype for Canada’s Far North, where winds are particularly strong [10]. Blais Industries, which is a Rouyn-Noranda-based company is owner of the Cap d’Ours wind turbine since the bankruptcy of the Dermond company in 2007. Recently Blais Industries agreed to put the impressive structure at the disposal of UQAT researchers. The company intends to use this wind turbine as a prototype for the development of wind turbine technology more appropriate for installation in Far North mining sites. To help achieve this goal, the UQAT School of Engineering is conducing various research projects that will contribute to optimize the  structure, as well as reduce noise and vibrations during operation.

In recent years, many research works have been conducted on the improvement of aerodynamic performance of VAWs. However, very few researchers dedicate their work to solve the problem of the lack of a more conducive rotor model for the conceptual optimization, the monitoring as well as the diagnosis and maintenance of Darrieus wind turbine rotors. This despite the growth of installed wind power worldwide and the renewed interest in VAWTs pose the thorny problem of research and staff training in the areas of optimization, diagnosis and maintenance of the wind turbines.

Wind turbines are exposed to very harsh and variable climatic conditions, including: a binding weather alternating calm, violent winds, tropical heat, lightning, Siberian cold, rain, hail and snow. These extreme and variable conditions increase the mechanical stress on the structure of the wind turbine; thus, causing vibrations, risks of torsional resonances, numerous failures, and sometimes even the complete breakage of the wind turbine . 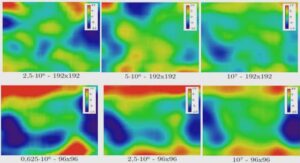 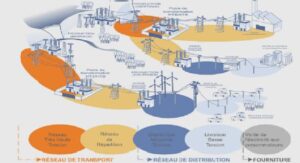 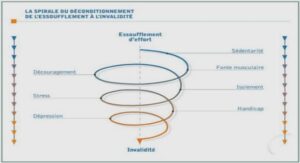 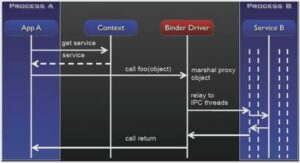 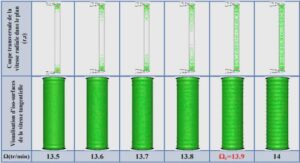 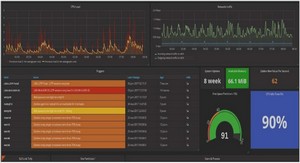