The research approach used to conduct this research work is briefly discussed in the following: For the first specific objective, a single flexible joint testbed is built to test control algorithms. A single flexible joint testbed can be built by connecting a rigid rotor and a rigid link via a harmonic drive reducer, which is considered flexible. A motion control drive providing access to motor torque command is used. A vibration control algorithm based on a two-stage feedback controller combined with dual observer is presented. The first part of the controller is a twostage feedback loop, which considers the motor position as a virtual control input for the link side dynamics. The second is a disturbance-state observer, which compensates disturbances and reconstructs indirect measurements. Numerical simulation and experimental results on a flexible joint robot show the effectiveness of the proposed controller in terms of position tracking, link vibration and rejection of the kinematic error from the joint’s harmonic drive reducer.

The first objective is conducted during the first phase of this study. Details of the proposed controller are discussed in chapter 3. Based on promising results of vibration control on the single flexible joint, the second phase is to develop vibration control algorithm for industrial serial robot with multiple flexible joints. There are two ways to establish a testbed for controller development. The first is to build a new multiple joint experimental setup, in which each joint uses the single flexible joint architecture developed in the first phase. The second is to employ an existing serial robot as a test bench. A main advantage of the former option is that the controller developed in the first phase can be directly applied. However, building a new multi-joint experimental setup costs a lot of effort and time. A big advantage of the latter option, using an existing industrial robot as a test bench, is that it costs much less since man power are saved and all mechanical or electronic elements are already included. However, a disadvantage is that industrial robot may come with several constrains in terms of the access to its software. Industrial robots are normally controlled in position mode and an access to the motor torque reference is not provided. Without the access to the joint torque command, the controller proposed for the single joint test bench in the first phase can not to be directly applied.

Considering these two options, an existing multiple joint serial robot is selected to develop vibration control algorithm. With the option selected, a new controller based on the access to the motor position command is developed. Although the control algorithm developed in the first phase cannot be directly applied, the understanding of the dynamic model of flexible joint robot can be reused. A benefit of developing controller directly for industrial robots is that the controller can be easily industrialized afterward since all constraints are already taken into account. A vibration control study for an industrial multiple flexible joint robot is conducted in the second phase of this study. A two-stage flexible joint controller based on input shaping is proposed. The decentralized modelling approach for flexible joint is extended with a lumped stiffness to take into account the dominant coupling mode. The proposed controller can be retrofitted into existing robots, for which access to motor torque command is unavailable. Numerical simulations and experiments on a six-joint robot manipulator confirm that the proposed controller improves control performances in terms of bandwidth, vibration attenuation, and disturbance rejection. Details of the proposed controller are discussed in chapter 4.

Most industrial serial robots currently use a decentralized control approach, in which the robot joints are controlled individually using joint-level controllers (Houman Dallali, Lee, Tsagarakis, & Caldwell, 2015). The decentralized approach is based on an idea that that the multiple joint robot dynamic model can be decoupled into multiple single-joint systems. The nonlinear terms and coupling effects are grouped into lumped disturbances (Cong Wang, Zheng, Wang, Peng, & Tomizuka, 2017). These disturbances are considered substantially small and treated independently by joint-level controllers, resulting in stable and good control performance (W. Chen & Tomizuka, 2014). Due to the success of the decentralized control approach, most studies including the study in this chapter focus on a development of jointlevel controllers for the decoupled single-joint model. Several methods for motion control in joint-level of flexible joint robots are well documented in (M.W. Spong, 1990). The first approach is rigid controller, which is still extensively used for recent industrial serial robots. The proportional-integral-derivative (PID) controller for flexible joint robots are studied in (Nanos & Papadopoulos, 2015; Pham & Ahn, 2014). Another approach is singular perturbation control, in which the flexible joint robot dynamics is approximated by a singular perturbation model (Liu & Huang, 2018; Readman & Belanger, 1990a).

A problem of the rigid, the PID, and the singular perturbation control algorithms is that they work only when the flexible mode frequencies are very high in comparison with the dominant frequencies of the transient response. In other word, the robot dynamics can be separated into fast and slow dynamics, which are well separated from each other. However, that frequency separation is not always fulfilled in industrial serial robots. For example, even big serial robots with very high joint stiffness normally carry heavy links and loads, resulting in relatively low flexible mode frequencies. Another reason preventing the extension of the singular perturbation method is that the fluctuation and saturation problems of the control effort, which may damage the test bench (Lessard et al., 2014). The combination of feedback and feedforward control are proposed for flexible joint robots in (Bang, Shim, Park, & Seo, 2010; Losey, Erwin, McDonald, Sergi, & O’Malley, 2016; Yamada et al., 2015). In (Bang et al., 2010), although the control architecture is practical, the feedforward gains are obtained based on a complicated backstepping procedure, making implementation not a trivial matter. The feedforward control approach in (Yamada et al., 2015) provides acceptable motion tracking performance and the closed-loop control bandwidth of about half of the minimum flexible mode frequency. However, the method still requires an experimental validation and more efforts to deal with noises and modeling errors. Another control method for flexible joint robots is iterative learning control, which is discussed thoroughly in (W. Chen & Tomizuka, 2014; Cong Wang et al., 2017; L. Wang, Freeman, & Rogers, 2016; Xu, Chu, & Rogers, 2014).

The iterative learning control is suitable for robotic systems performing repetitive tasks under unchanged conditions. The input and the tracking error of the recent iteration are used to construct the input for the next iteration. As a result, the tracking error is decreased proportionally to the iteration number. Another successful control approach for flexible joint robots is feedback linearization, which is discussed in (Nanos & Papadopoulos, 2015). By providing a nonlinear state feedback law, a closed-loop system of flexible joint robots with exactly linear behavior and decoupled dynamics is achieved. However, the feedback linearization may be sensitive to model mismatches since it relies on the exact cancellation of the robot dynamics (Giusti, Malzahn, Tsagarakis, & Althoff, 2017). Another control method for flexible joint robot is backstepping control, which is also known as two-stage feedback control approach. The two-stage feedback control considers the joint elastic torque or the motor position as an intermediate virtual reference for the link dynamics. When the joint elastic torque is sensed using a torque sensor, the joint elastic torque is considered as a state variable and is controlled by a torque feedback loop (Lin & Goldenberg, 1995). 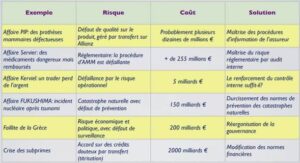 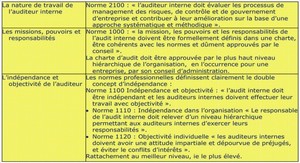