It is our intention to have Open Sourced NetRexx sometime this year (2008)
We are striving for the same governance structure as chosen for Open Object Rexx
Working on this project within IBM are Tracy Dean (from July 1st onwards), Mike Cowlishaw and yours truly.
The title gave it away on the last slide, but it is our strong intention to have an Open Source NetRexx sometime this year. This is the place where I have to stop for a moment and thank Mike Cowlishaw, for not only giving us the language twice (once in having the vision that languages are for users and not for language implementors, and one more time in recognizing the significance of the Java virtual machine).
It only took a few years of slight prodding before Mike saw the point of preserving the future of NetRexx by offering its source to a community of developers. We hope to execute this task in the course of this year, and have a governance structure in place that enables it to develop and grow.
With guidance from Mike, Tracy Dean and I are working on steering the language translator to freedom.

From Wikipedia, the free encyclopedia

NetRexx is IBM’s implementation of the Rexx programming language to run on the Java virtual machine. It supports a classic Rexx syntax along with considerable additions to support Object-oriented programming in a manner compatibile with Java’s object model . The syntax and object model differ considerably from Open Object Rexx, another IBM object-oriented variant of Rexx which has been released as open source software.
NetRexx is free to download from IBM[1].
A short wikipedia article, but nevertheless very to the point. It mentions that it is Rexx, has additional support for OO development, is compatible with Java’s object model, differs considerably from Open Object Rexx, is not open source but freely downloadable.
This is what we should work on. And I do not only mean the Wikipedia article here.

Follow IBM’s open sourcing process – OSSC Prepare source code for release
Tidy up & Package, build procedure, arrange testing suite
Formal handover to RexxLA
Form language committee & development team Source code to repository
IBM has an Open Source Steering committee that defines the processes of using Open Source in IBM projects, or opening up the source of IBM Projects. The code base needs some small preparation, and this is a process that is being executed in parallel. Next to some tidying up, we have to make sure that it builds everywhere and has an integrated test suite. I am happy to say that most of this is there already, but the product is worked on exclusively within IBM. Before handover to the Rexx Language Association, there is ample time to form a language committee and a developer team, in charge of planning and releases, respectively. After handover the code will be available in a public repository, much like ooRexx. 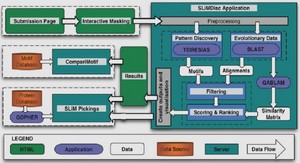